This portfolio displays a curated selection of articles published within the last year. For a full collection of works, please visit my website here. 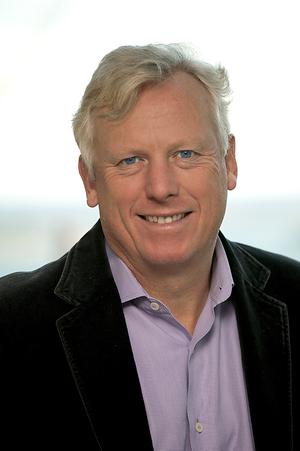 David Miller, former Toronto Mayor and President and CEO of the World Wildlife Fund Canada and current Director of International Diplomacy at the C40 Climate Leadership Group, spoke to students and employees of Seneca College in the latest virtual chapter of Seneca Business’ Sustainability Speaker Series July 7. Drawing on his seven years of experience as Mayor of Toronto (2003-2010) as well as his book Solved: How the World's Great Cities Are Fixing the Climate Crisis, Miller discussed the solutions to climate change that lie in our urban areas and the methods of avoiding a climate catastrophe. 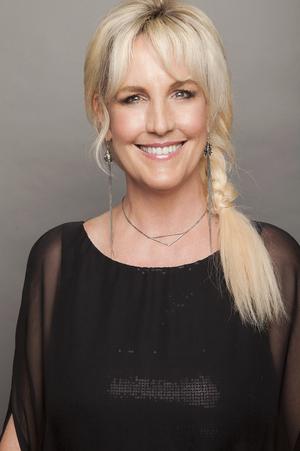 Famed legal clerk and activist Erin Brockovich spoke to over 700 staff and students of Seneca College over livestream April 22, kicking off Seneca Business’ Sustainability Speaker Series. A household name thanks to the eponymous 2000 Oscar-winning movie that that followed her role in the Pacific Gas and Electric Company lawsuit, Brockovich today works as a consultant, environmental activist, and highly sought-after public speaker. Over the course of her talk, Brockovich spoke about the importance of speaking up against unjust business practices, recounting her own experience fighting against PG&E for their role in Hinkley, California’s carcinogenic groundwater contamination. 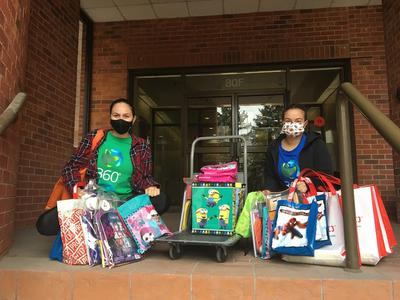 Youth Homelessness is a Growing Concern in York Region

Already an issue in York Region for decades, youth homelessness experienced a worrying spike over the course of the COVID-19 pandemic. As more and more people transitioned to working and studying from home, issues that normally led parents to expel children from home– like family dysfunction– or push children to leave- like physical, emotional, and sexual abuse or addiction– increased sharply. Broader institutional drivers like ageing out of care and mental health struggles continued to be significant causes of youth homelessness in York throughout the pandemic. 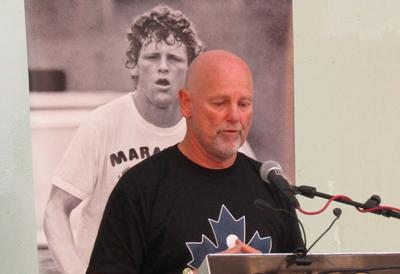 'Terry Never Gave Up, and We Can’t Either': In Time of COVID-19, Marathon of Hope Brings New Inspiration

When Terry Fox kicked off the inaugural Marathon of Hope on the shores of St. John, Newfoundland April 12, 1980, he had little more than one thing: hope. But by the time his cross-Canada run came to a tragic end in Thunder Bay five months later, he’d inspired the world, ran 5,373 kilometres, and was well on his way to raising over $24 million — a far cry from his original goal of $1 million. Though Terry passed away from cancer June 28, 1981, one month shy of his 23rd birthday, his legacy lives on, 41 years to the day of his first few miles. To date, more than $800 million has been raised for cancer research in his name. Last year’s virtual Terry Fox Run in Newmarket was a success, raising $62,759.20. The town has raised over $1 million for cancer research since its inaugural year in 1994. The organizers’ goal each year is to raise $1 for every Newmarket resident — $90,000. “It’s Terry that’s kept this going, along with the many people, like those in Newmarket, who have dedicated and committed their time to hosting a Terry Fox Run,” said Fred Fox. “People remember Terry’s message because he wasn’t running for Terry Fox. He was out there to make a difference.” 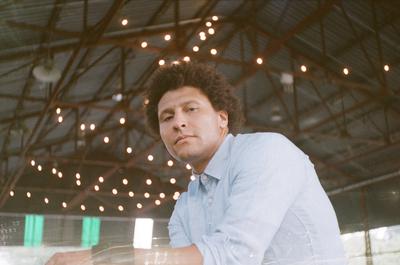 A former King resident who grew up in the hamlet of Snowball is making (sound)waves as one of Toronto’s most in-demand bassists. Alexander St. Kitts, who also performs under the stage name Alexander Saint, plays bass on Comedy Records’ Fog and Lasers II, a follow-up to 2019’s comedy-pop-rock collaboration Fog and Lasers. Bringing his trademark sound to three of the album’s gooﬁer songs- Jar Hands Man, A Very Secret Spooky O***, and Dumb As F***, St. Kitts displays the driving rhythms and brooding melodies he’s become well-known for as an artist. Fog and Lasers II is a mish-mash of genres and sounds, poking fun at topics including too-close-for-comfort joggers and the trials of quarantine. 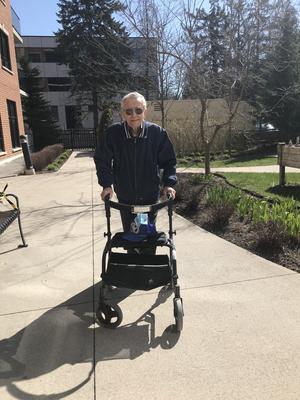 He’s walked over 80 kilometers of his 100-km goal so far, but there’s no slowing down Newmarket’s George Markow. For the past four months, 99-year-old Markow has been steadfastly circling the grounds of his retirement home, unperturbed by poor weather and the blazing summer heat. By walking around the Roxborough Retirement Residence over 1,500 times (15 times per kilometre), Markow hopes to reach his fundraising goal, $100,000, before his 100th birthday in April of 2021. All money raised over the course of his walk will be donated to medical research organizations, with 25% going to Southlake Regional Hospital Foundation’s COVID-19 Action Fund and 75%to the Sunnybrook Research Institute. Having already raised $33,000, Markow is hopeful he’ll get to see his goal reached. “I’ll just keep putting one foot in front of the other, and keep on going until I’m there,” said Markow. 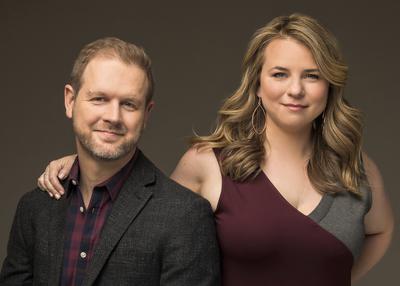 Come from Away Writers Come Here, to Newmarket

Irene Sankoff and David Hein know the value of small-town Canadian charm. As the writers of the Tony Award-winning musical Come from Away, they have transformed the real-life story of Gander, Newfoundland’s adoption of 7,000 travellers following the forced grounding of planes after the 9/11 attacks into a smash Broadway hit. When it comes to good, home-grown stories, they certainly know their stuff. Critically and commercially successful, Come from Away currently holds the record as the longest running Canadian musical in Broadway history. Newmarket may not be as small as Gander — it’s roughly 90,000 population dwarfs Gander’s 11,000- but according to Sankoff and Hein, the town has more than enough charisma to go around. 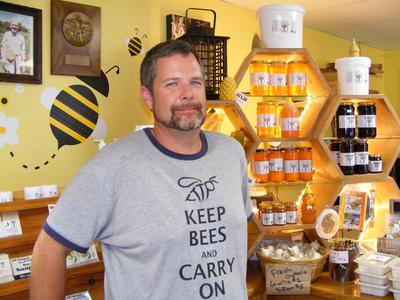 Sweeter Than Honey: The Story of Pioneer Brand

When eight-year-old Andre Flys first followed his grandfather out towards the beehives scattered on the precipice of Don Valley wilderness, he had little idea he was taking the first steps towards what would later not only become a career, but the continuation of a rich family history stretching back to the early 1900s. What he did know, in typical childhood fashion, was that if his grandfather liked beekeeping, well, then he did, too. Today, forty six-year-old Flys is the owner of Pioneer Brand Honey, a local gem nestled on the outskirts of Nobleton suburbia. Pioneer Brand sells all manners of bee-centric products,from their bestselling wildﬂower honey, to beeswax-based lip balm and deodorant, to handmade honey soap, beeswax candles, and ever so much more. Stepping into their farmgate store is like stepping into a time long past, when simple, natural, and sustainable products were the go-to for any ailment or need. 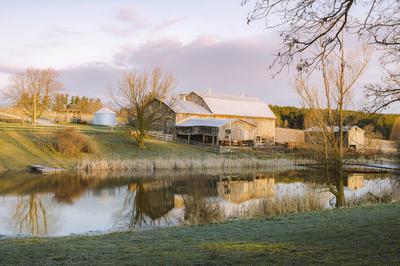 For many Beretta Farms customers, visiting the brand’s home base on 800 acres of rich, rolling hillside in the heart of rural King is like stepping into another world. Whether it’s at one of the brand’s educational “Farm Days,” or during their bi-weekly farmers’ market, visitors are able to see exactly the kind of free-range fields their food is raised on. It’s this level of transparency that has led to the brand’s considerable success throughout their near 30 years in business. Today, Beretta Farms’ products can be found in more than 150 restaurants, grocery stores, and delis across Canada and the Midwestern United States. In addition to their King City ranch, they’ve amassed a network of over 40 family farms that raise their animals throughout Canada. But back in 1992, their inaugural year of farming, the idea of one day running a proteins powerhouse was far from the minds of founders Cynthia and Mike Beretta. 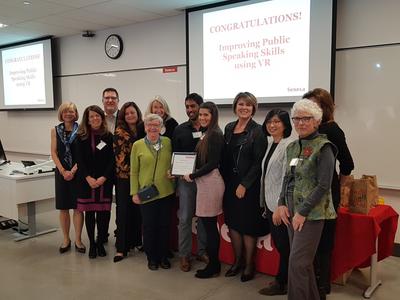 The fear of public speaking is soon to become a much less formidable challenge for Seneca students. The King Township Women of Influence Giving Circle came together for their 3rd annual meeting Nov. 26, awarding a $10,000 donation towards the installation of an InStage Virtual Reality Tool at the college’s King Campus. The event, which took place in Seneca’s Magna Hall, involved a three-hour deliberation and debate as the four competing projects pitched their ideas to the judges in an effort to secure the $10,000 donation. Impact to students, benefits to the community, and total amount of affected individuals are all taken into account when deciding who will receive the grant.
Close ✕